Is your high school Girl Scout interested in nature, wildlife and ecology causes? Check out these 10 Gold Award projects for inspiration.

A Sign in the Right Direction: A Girl Scout Ambassador worked with her local lake advisory board and state Division of Natural Resources to research, design, build and erect awareness signs on invasive species, chemical pollution, feeding the wildlife and recycling.

Straw Campaign. A Girl Scout Ambassador after learning about plastic pollution in the ocean led a campaign for the removal of plastic straws.

Water Conservation. A Girl Scout Ambassador worked with local Girl Scout Troops and a local school in order to install a water fountain with a lead filtration system and dispenser for reusable water bottles at the elementary school.

Water Conservation on Farms: A Girl Scout Ambassador developed soil moisture sensors and readers to help farmers conserve water and use less groundwater. The project has since earned a patent.

Save the Bees: A Girl Scout  taught adults and children about bees, and showed how anyone can help them by taking action. She then teamed with local and state legislators, writing and promoting bee-friendly legislation, including having a bill passed in New York.

Project Green. A Girl Scout created an outdoor-based after school program designed to inspire children to get involved in the outdoors and to learn about the world around them.

Invasive Species. A Girl Scout educated area third-graders on the harm done when invasive species take over an environment.  Her program included classroom instruction and a field trip to the forest for an invasive species pull, giving students hands-on opportunities.

Disclaimer: Often when I share highest award projects on social media, I get asked, “How is that a Gold, Silver or Bronze Award project?” While there are formal written guidelines for the Girl Scout Highest Awards, each Girl Scout council may have additional steps or interpretations of those guidelines. 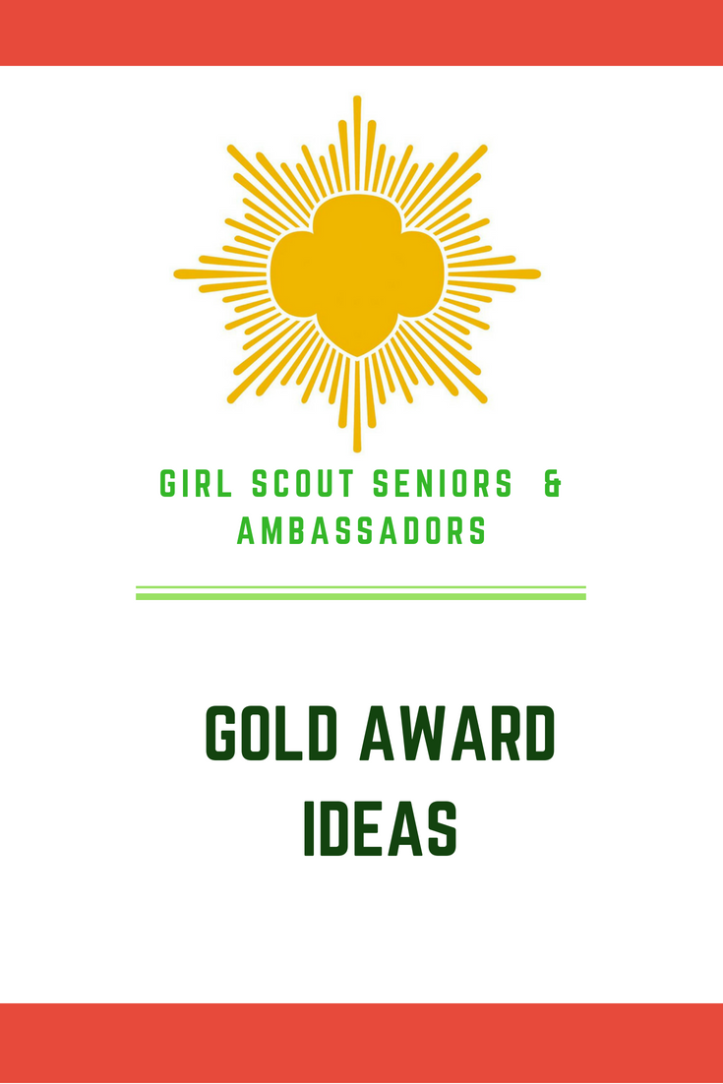 Disclosure: Use Resources Wisely is a participant in the Amazon Services LLC Associates Program, an affiliate advertising program designed to provide a means for sites to earn advertising fees by advertising and linking to amazon.com. These fees help support the cost of this blog and offset many of our scouting adventures.
Loading Comments...
%d bloggers like this: